grew up in a family that spent most of its time in the outdoors, hunting in the early morning, fishing in the late afternoon, and spending the hours in between resting up for their next great outdoor adventure. Tarlton developed a respect and a passion for nature and wildlife, and sought out a career that would allow him to share that passion with others.

Tarlton’s first job was making game calls and producing outdoor videos for  Flextone, a company that soon became a leader in the outdoor industry. Tarlton left Flextone to launch his own production company, a position that saw him traveling the United States producing television shows for The Outdoor Channel.

Tarlton next accepted a position with the outdoor company Monroe Tufline, where he helped launch a new line of ATV products and served as director of sales for the United States and Canada. Tarlton also worked under contract with the Mississippi Department of Tourism’s Outdoor Division to promote Mississippi’s outdoor industry, including developing media trips to showcase the state’s hunting, fishing, and outdoor recreation opportunities.

Tarlton brings a wealth of experience and connections in the outdoor industry to his work at Mimicrist. More than business relationships, Tarlton considers his clients his friends, explaining, “Yes, we really do gather around the big table or by the fire and share stories about why we all love the outdoors.”

Mimicrist was founded by award-winning wildlife photographer Stephen Kirkpatrick and seasoned outdoorsman Nick Tarlton. Kirkpatrick and Tarlton began with a deep understanding and appreciation of nature, then developed the process for perfectly mimicking nature’s patterns for use on clothing, interior décor, gear, and limitless other applications. 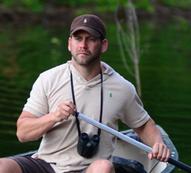 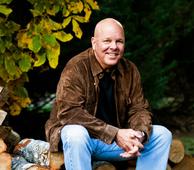 has been chased by grizzly bears, attacked by alligators, and nibbled by piranha. In the process, he's captured some of the world's most beautiful and exciting nature and wildlife photography.

Kirkpatrick's appreciation of nature began in childhood. Raised in the wilds of Alaska and the marshes of Louisiana, Kirkpatrick was working as a part time ducking hunting guide by the time he was 14. His fascination with nature became a full time career when his father gave Kirkpatrick his first camera in 1981.

Since then, Kirkpatrick’s photographs have appeared in books and magazines worldwide; he has also published 11 solo coffee table books. His work has earned international acclaim, including the Writer’s Digest International Self-Published Book Award, the National Outdoor Book Award, the Benjamin Franklin Award, and three Southeastern Outdoor Press Association Book of the Year Awards. He has twice been named a winner in the National Wildlife Federation’s annual wildlife photography contest.  He has also twice been named a winner in the prestigious International Wildlife Photographer of the Year competition held in London, England.

Realizing that his outdoor photography had applications beyond just the photographs themselves, Kirkpatrick began developing patterns for reproduction on apparel and gear. Kirkpatrick and the duck hunting camouflage patterns he created have been featured on ABC’s “Shark Tank” and CNN’s “OutFront with Erin Burnett.

Kirkpatrick’s award-winning nature and wildlife photography is the foundation for every pattern developed by Mimicrist.